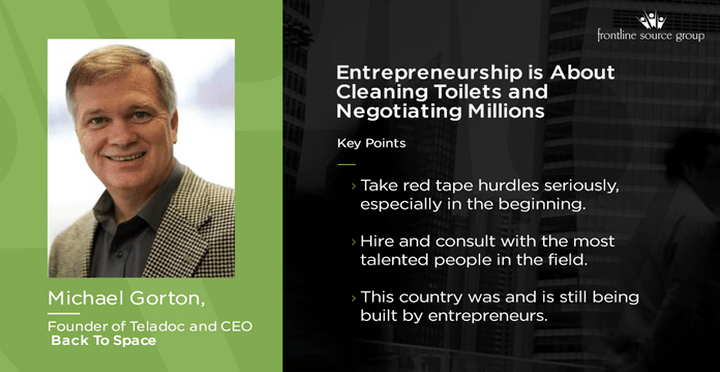 For Michael Gorton, summing Mt. Kilimanjaro was his second largest accomplishment while on his journey to Africa. That week-long trek to the top resulted in the formation of Teladoc, a telemedicine company that connects patients with remote physicians.

“In the beginning,[the idea] was that every downtown should have a room where people can walk in and see a remote doctor,” Gorton said. “We spent two years building and testing the model, because we knew it was going to be controversial.”

Gorton noted how he and his collaborators tested the model for years, nailing down their processes. He admitted that they took the controversial perception very seriously.

The Teladoc team decided to approach the various state boards of medical examiners by taking every concern as seriously as possible and consulting with the most talented and respected clinical physicians and doctors in public service.

“We got some of the best doctors in the country,” Gorton said.

Now, Gorton is focusing on much larger goals, literally. His current operation, Back To Space, is aiming to motivate young people to return to space the way they did in the heyday of the Apollo missions to the moon.

He motioned that, to be an entrepreneur, one needs to be willing to clean the toilets in the morning, negotiate the million-dollar deal in the afternoon and, perhaps one day, even walk on the moon.

Listen to the full interview for the rest of the story.